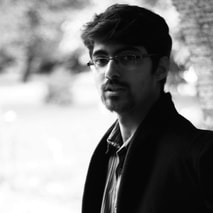 Souro Chowdhury
MChem - Since ​September 2018
​
Biography: Before joining the Procter group, I worked in the group of Prof Dame Janet Thornton FRS in EMBL-EBI, Cambridge (June-August 2017) where I developed a new protocol for modelling enzyme mechanisms in 3D. I subsequently spent a year working with Hoffmann-La Roche (Roche) in Basel, Switzerland in the New Chemistries, RNA Therapeutics Research team (September 2017 to September 2018). At Roche, my research was on the design, synthesis and optimisation of novel protecting groups and building blocks for solid phase synthesis of PS2 modified oligonucleotides, for use in antisense drug discovery. Since September 2018, I have been working under the supervision of Dr. Gregory J.P. Perry, on direct C-H functionalisation by means of photoredox catalysis, for my Masters thesis.
Proudly powered by Weebly